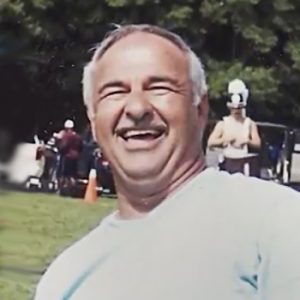 Not only was Rick Rogers (who passed away in 2010) a talented drummer, percussionist, instructor, arranger, administrator and judge he founded two well-known businesses serving the drum and bugle corps community: Stingray Percussion and Empire Percussion.

He served as percussion judge for Drum Corps Associates (DCA) contests from 1985 to 1995, judging regular season contests and championship finals. He served in the same capacity with other groups including the National Judges Association from 1990 to 1996 and New York Federation of Judges from 1985 to 1996.

During an instruction career spanning more than four decades beginning in 1971, he was associated with some of the best-known and successful drum and bugle corps in upstate New York, Illinois and Ontario. From 1977 through 1988 he was in successive years the percussion arranger and instructor for the Squires of Watkins Glen, New York; the Guardsmen of Schaumburg, Illinois; Avant Garde of Saratoga County, New York and Rochester Crusaders. He served in the same capacity with the Grenadiers of Kingston, Ontario in 2005 and 2006. He was known for his strong sense of timing on snare and set drums as well as holding unique concepts of drumming grooves and the ability to identify various aspects of drumming including ethnic styles.