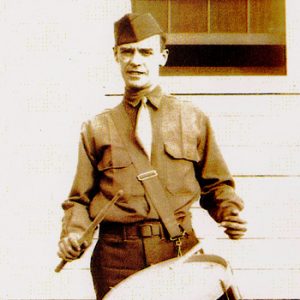 Mr. Earl Sturtze represents 40 years of drumming experience with military and concert bands and in the rudimental field. He held National and New England Championships for rudimental drumming. In addition, he won state titles in Connecticut, Massachusetts, Rhode Island, New York, and New Jersey. Among his students, all with title laden credits, are Frank Arsenault, Robert Redican, and Hugh Quigley just to name a few These gentlemen have all been inducted into the World Drum Corps Hall of Fame. He instructed many champion rudimental bass drummers as well as drum sections. He was honored for his outstanding service to drumming at the New York World’s Fair in 1940.