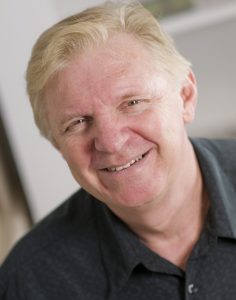 Dave Vose has consistently pushed his percussion sections to new heights of achievement during a drum corps career that began in 1962 playing with the Lawrence Chieftains. Since then he has set new standards year after year, starting with his term as head of percussion and arranger with North Star of North Shore, Massachusetts. Just two years after forming, North Star took top spot in percussion while winning the American International Open in 1977. The following year, North Star presented the first percussion pit on the sidelines and was the first corps to march with quad drums in the DCI finals. In 1979, North Star had the top percussion score in the World Open and CYO Nationals then placed second in percussion in the DCI finals. In 1978 and 1979 Vose directed a full evenings theatre concert featuring his Chrome Wall percussion section which included percussion (including electronic drums) along with dancers, vocalists, horns and other innovative features.

He was percussion arranger for DCA champion Reading Buccaneers in 1980. In 1983, his Boston Alliance percussion section defeated every drumline in the country except for Blue Devils and Santa Clara Vanguard.

He has served either as consultant, arranger, or percussion instructor with Suncoast Sound, Cadets of Bergen County, Boston Alliance, Boston Crusaders and Rhode Island Matadors.

He has judged all areas of percussion for Eastern Massachusetts Judges, DCA, Youth Education in the Arts (YEA) and Massachusetts Interscholastic Judges Association. Since the early 1990s, he has drummed with Blessed Sacrament Golden Knights, Mighty St. Joe’s and St. Kevin’s Emerald Knights.

Dave Vose is currently a Berklee College of Music professor and the author of Music in Motion, The Reading Drummer and Drum Studies. He is also the author or four texts on the subject of musical Ear Training that are used as part of the core curriculum at Berklee. He is an international artist/clinician with Zildjian Cymbals and Yamaha Corporation of America.

Professor Vose was also honored by receiving the Thomas J. Long high achievement award in 2000 and was inducted into the Massachusetts Drum Corps Hall of Fame in 2002.