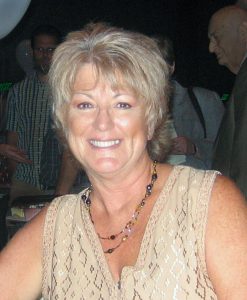 As one of the Concord Blue Devils first staff members, Shirley Stratton Dorritie led the way in the transition of traditional color guards from military to modern, making use of multiple pieces of equipment and pioneering the use of color, costumes and various props. During her time as color guard instructor and choreographer from 1971 to 1984, Blue Devils won DCI world championships four times and took the best color guard award in 1984.

Her dedication, passion for the activity, creativity and constant innovation opened the modern era of visual arts programming and design by emphasizing an artistic approach that changed the look and role of drum corps guards, making them spectacular visual components of shows. Throughout a drum corps career that spans more than 40 years as performer, instructor, visual designer, innovator and manager she has made a huge impact on every aspect of drum corps activity and impacted the lives of many students, staff members and adjudicators.

She holds a Master of Arts degree in Counseling Psychology with a certificate in Sport Psychology, specializing in training performers of all types for optimal achievement. She is the author of four levels of the WGI Certify online judge training courses; e-Adjudicate Academy’s Judging 101: The Basics for Marching Band and the chapter titled Why The Guns? Color Guard from Military to Modern in Drum Corps World’s History of Drum Corps volume II.

She became a DCI Hall of Fame member in 2009 and received the Winter Guard Association of Southern California Order of Excellence in 2018.

Since 1983, she has been visual adjudicator with DCI, WGI, BOA and Marching in Okayama. She has been general effect judge with WGI since 1994; director of judge education with Winter Guard Association of SoCal since 2011 and judge development manager with WGI since 2016.

She marched with the Blue Devils guard from 1968 to 1977, carrying a rifle then serving as color guard captain.