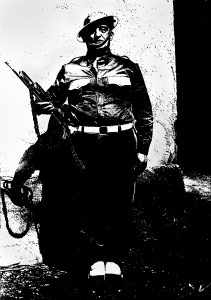 Anthony D’Lallo was a pioneer in western New York, known in the Brockport and Rochester area as “Mr. Drum Corps.” He applied the skills he learned studying music theory and composition at Eastman School of Music to drum and bugle corps activity, arranging music and assisting with marching and drill instruction for Brockport Grenadiers. He played trumpet in school bands in the Holley Central School District from 1910 to 1922. He played with the Holley Fire Department Marching Band in the late 1920s and through the 1930s. After World War II, he performed with Brockport Firemen’s Fife and Drum Corps from 1946 to 1947. He was a member of Veterans of Foreign Wars (VFW) Lieutenant Rodney Dobson Post 2890, and co-founder of the drum and bugle corps. The Brockport Grenadiers created opportunities for many young people to participate, including World Drum Corps Hall of Fame founder Vince Bruni and Hall of Fame member Bob Zazzara. He performed in the horn line with Brockport Grenadiers from 1948 to 1953, winning New York state championships in 1950 and 1951 and placing third in VFW Nationals in Chicago in 1951. He continued to perform from 1953 to 1958 when the Grenadiers transitioned to become the Brockport-Batavia Cavaliers. He served as Albion Grenadiers business manager in 1960 and 1961.