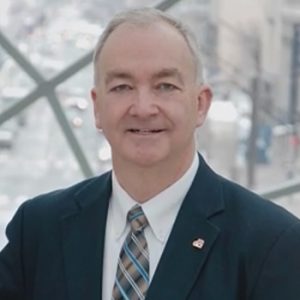 Within a year of beginning his term of office as chairman of the Drum Corps International (DCI) board of directors in 1995, Dan Acheson was named executive director and chief executive officer (CEO). At the beginning of this year, the board marked his two decades of continuous service by extending his contract for another two years.

During the 10 years previous to his service with DCI, he served as executive director of the Glassmen drum and bugle corps of Toledo, Ohio, a 16-time DCI world championship finalist. As a youth, he marched with Madison Scouts and Queen City Cadets of Cincinnati, Ohio – the first corps to take the field at the initial DCI championship preliminaries in 1972. During his decade with the Glassmen, he helped the organization develop strong community relations while reaching a high level of achievement on national level contest fields.

In 2008, he was inducted into the DCI Hall of Fame and was also recognized by the National Association for Music Education as a Lowell Mason Fellow for his contributions to the field of music education.

He is widely recognized for his high standard of professionalism, leading by example while acknowledging the achievements of others involved in the activity.

During his 20 years in office, Drum Corps International has become a youth organization with artistic, educational and organizational influence around the world. The annual operating budget is now more than $11 million, with annual revenues about three times higher than when he first took office 20 years ago.

DCl member corps entertain millions of people through live performances on contest fields and broadcast events. The organization has come to be known as “Marching Music’s Major League.”

More than 5,000 corps members participate in DCI drum and bugle corps contests across the country, attracting about 400,000 fans to more than 100 events. Each year, about 8,000 young people from more than 15 countries audition to fill the 3,500 positions available in the top-level corps.