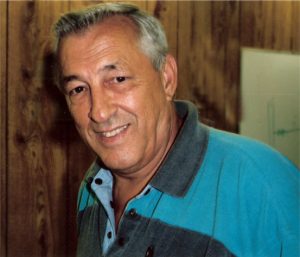 ‘Rip’ Bernert was a soprano bugler in the Howard C. McCall Junior Drum Corps and was their soloist when they won the American Legion (AL) national championship in 1947. He was music and drill arranger and instructor for the Audubon Bon Bons from 1950 until 1977. Both his parents were also involved with the Bon Bons: his father, Joseph, founded the corps in 1938 and his mother, Florence, served as head chaperone and corps president until 1977. The corps was runner up for several national titles and won 12 major all girl titles. He joined Archer-Epler in 1951 and became their drill arranger and instructor in 1952, retaining those duties until the mid 1960s. He was also horn instructor for many of those years. He is currently arranging and conducting music for the Bon Bons Alumni Chorus.