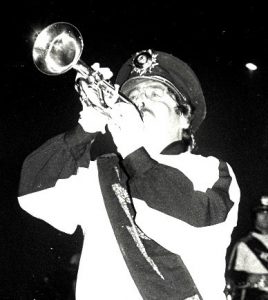 During more than 50 years of drum and bugle corps involvement, Bob Bradley has applied his strong work ethic to every area of the activity, including serving as corps director and board chairman, instructing, selling tickets, marching, performing as a soloist and providing financial support. He was one of the first World Drum Corps Hall of Fame associate members inducted when that new category was introduced in 2001.

Between 1983 and 2005, he served in key administrative positions with Connecticut Hurricanes senior drum and bugle corps, including membership on the board directors, corps director and chair of the board for more than 10 years up to 2005. Starting in 2006, he served for more than seven years on the Bridgeport PAL Buccaneers board of directors.

He entered the activity playing solo soprano from 1964 to 1967 with St. Aedan’s Emerald Cadets of New Haven. He was also soprano soloist with Milford Shoreliners from 1968 to 1972 and Connecticut Hurricanes up to 1990.