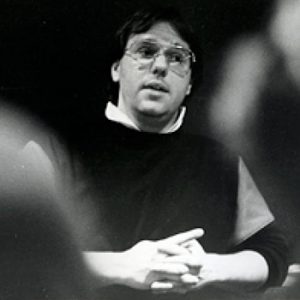 Steve Brubaker lifted field drill high above the functional level to new emotional heights combining visual and musical moments. He believed that musical nuances could be represented visually. He based his design concepts on the co-ordinate system developed by Hall of Fame member Ralph Pace, of Reading Buccaneers, being careful to insure that the music was staged properly even if it compromised a great visual idea. Many of his original design concepts and use of the coordinate system are studied and imitated by today’s designers. His drum corps career began when he marched in the Buccaneers’ color guard in the early and mid 1970s. He also marched with the Chicago Connection guard in 1978, the same year he became guard instructor of the Chicago Cavalier Cadets. He then served as Chicago Cavaliers color guard instructor from 1978 to 1981. For the next 10 years he was the drill designer and visual coordinator of the Cavaliers. He was the driving force behind the organization’s steady rise during his decade of involvement, winning WGI championships in 1981, 1982 and 1983 then transferring his winter guard ideas and concepts for the contest field. Cavaliers became one of the elite DCI corps by the mid 1980s, winning their first DCI championship in 1992. His drill designs for Star of Indiana, Bluecoats and SkyRyders in the late 1980s helped each corps develop distinct identities with his careful coordination of musical staging and visual design.