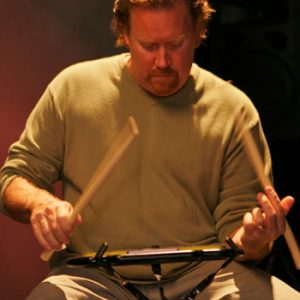 Scott Johnson’s percussion expertise has helped drummers around the world, including drum and bugle corps members from California across the country to New York state, then beyond the Atlantic Ocean to Holland. He has held popular percussion clinics in countries including the United States, Canada, Scotland, Holland, Belgium, Germany, Indonesia, Japan, South Korea, South Africa and Guatemala. His video instruction sessions, including ScoJo’s Lick of the Week, are widely seen on the internet where he posts tips and answers questions on various social media sites including Facebook. His personal award collection is bulging with gold medals including:

In 2012, he was inducted into both the DCI and WGI Hall of Fame. He has been associated with Concord Blue Devils and Santa Clara Vanguard as percussion director and arranger and San Francisco Renegades as percussion arranger in various years since 1976. He was percussion consultant with Syracuse Brigadiers from 2000 to 2003, with the Brigs capturing the DCA championship in 2000, 2001 and 2002. He has been percussion arranger with Beatrix drum corps of Holland, one of the consistently top rated corps in Europe. He has been a percussion judge with PAS, DCI, Bands of America and US Bands for many years. He was snare drummer with Blue Devils from 1976 to 1979 while he was also percussion director and arranger. He also played snare drum with Red Knights drum and bugle corps and the RoyalAirs.