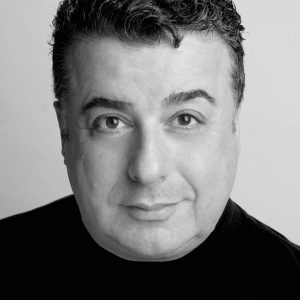 Michael Cesario defined the look of present day drum and bugle corps through his creation of a dazzling array of uniforms, guard costumes and flags that helped produce the distinctive personalities of corps in the United States and Canada.

He aims to have corps involve and engage the audience through a high level of communication.  His achievements as uniform and costume designer combined with contributions as program consultant and advisor have helped shape successful editions of such award winning groups as Garfield Cadets, DCI champions 1983 – 1985; Phantom Regiment, DCI champions 1996; Syracuse Brigadiers, DCA champions 1997, 1999 – 2002.

He developed the first DCI Tour of Champions, which has helped increase exposure to the public for the top corps of the day.  Serving as host and research expert on DCI telecasts on Public Broadcasting Service (PBS) has also helped increase audiences.

He has been DCI’s artistic director since 2010 after previously serving as visual rep on the DCI Task Force for more than 20 years.  His willingness to engage with and motivate members and staff of the corps he works with is an important factor in producing successful outcomes.