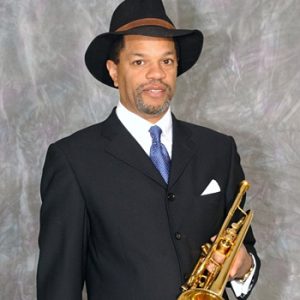 When Kenton Clarke became the youngest instructor in New York Skyliners’ history in 1974, the horn line immediately responded by winning top brass scores in both the 1974 and 1975 DCA championship finals. He was brass instructor when Milford Shoreliners won the World Open and Northeast championships in 1977. Bengal Lancers also won the Northeast championship when he was brass instructor in 1979. He founded the Buglers Hall of Fame, which already has more than 100 members, in 2001 and still serves as board chairman. Throughout the 1970s, he was brass adjudicator for the Metro Judges Association and brass caption chair with the Northeast Circuit. His drum and bugle corps involvement began in 1961 when he played soprano horn with PAL in Fairfield, Connecticut. Over the following 15 years, he was soprano soloist with St. Raphael’s Buccaneers, Connecticut Hurricanes, Connecticut Yankees and Skyliners. His notable solos include Trumpet Blues with St. Raphael’s and Battle Hymn, McArthur Park and Make Me Smile with Connecticut Yankees. He has established a record of high achievement in the business world while serving as founder, president and CEO of Computer Consulting Associates International, one of the country’s leading multicultural IT consulting firms. The company provides full scholarships at Norwalk Community Technical College.