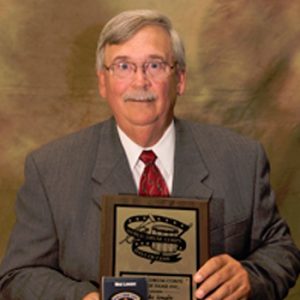 Mike Longdo’s involvement in the drum corps community began almost 50 years ago in 1968 and continued through the turn of the century.  He served as brass caption head and assistant arranger with Hawthorne Caballeros from 1990 through 1996, continuing his service as brass caption head in 1998 and again from 2003 to 2005.  During his years of service, Caballeros finished in the top three every year in DCA finals, winning the championship in 1995, placing second three times and finishing third twice.  He also served as brass caption head with Long Island Sunrisers from 1986 to 1989, during which time the corps finished in top place in DCA finals twice and in second place once.  He was brass instructor for Magic of Orlanda from 2003 to 2006.  His career as an instructor began in 1980 with Garfield Cadets.  He served as a music caption judge with three organizations: National Judges Association from 1979 to 1997; CMBC in 1990 and 1991; Metro in 1988 and 1989.  His years of activity began playing mellophone and marching as drum major with Green Sabres junior drum and bugle corps from 1968 to 1972.  He also played mellophone with New York Skyliners in 1981.  He played baritone and contra bass with Sunrisers in 1986 and 1987, while he was also serving as brass caption head.  He has also been associated with many marching bands over the years.