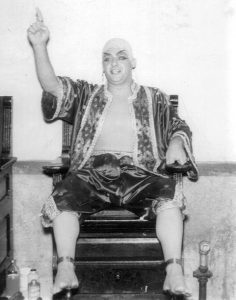 Vince first marched and played first baritone for the 214 American Legion Junior Corps in Upper Darby, PA until 1950. However, he spent one year, 1948, in the Howard C. McCall Junior Corps from Philadelphia . In 1952 he was the horn instructor for the McCall Corps. At the same time, he joined Archer-Epler Senior Corps as a first baritone player and was a member of “Archie” until 1960. In 1957 and 1958 he took on the role as “The King” leading the corps with their Broadway Show of “The King and I “. He had a long career in judging both Drum & Bugle Corps and High School Bands. He was the Music Judges coordinator for DCA for several years. He was inducted into the WORLD DRUM AND BUGLE HALL OF FAME in 1982.