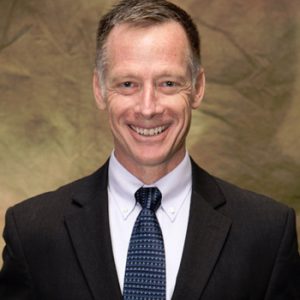 Even the sky was no limit for astronaut Christopher Ferguson, winner of Hall of Fame’s first Professional Achievement award. Retired astronaut Christopher Ferguson, who marched in the percussion section of the Philadelphia PAL Cadets in the mid-1970s, will be inducted into the World Drum Corps Hall of Fame in August for Distinguished Professional Achievement, a new membership category. Ferguson’s career took him higher than the sky when he retired as a United States Navy captain in 1998 to join the National Aeronautics and Space Administration (NASA) astronaut corps. He served as commander on the final flight of the space shuttle Atlantis to the International Space Station (ISS), a 13-day mission in July 201l to deliver supplies and spare parts. The Atlantis flight was the final mission in the United States’ 30-year space shuttle program. On three shuttle flights, he logged more than 40 days in space. The final Atlantis flight had a reduced crew of four, compared to the normal six or seven, allowing the maximum payload to be delivered to the ISS. Had the Atlantis been damaged in orbit crew members would have moved to the ISS and returned to earth in Russian capsules, one at a time, over the period of a year because there were no shuttles available for rescue missions after the Discovery and the Endeavour were retired. After completing his initial training with the astronaut corps, Ferguson performed a number of technical duties and served as a spacecraft communicator in mission control during four shuttle missions. He first flew into space as the pilot of Atlantis in 2006. On his second flight, he was commander of Endeavour. He retired from the astronaut corps in December 2011 to join Boeing in a lead role to develop a commercial space capsule. The Philadelphia PAL Cadets flourished from 1965 to 1984, under the direction of a number of World Drum Corps Hall of Fame members, including Cadets co-founder Jim Bell, horn instructors Don and Bob Adair and drum instructor John Dowlan. The Cadets, also sponsored by Corporal Frederick Reilly Veterans of Foreign Wars Post 7947 and Continental Legion Post 263, won the 1974 American Legion junior national championship.