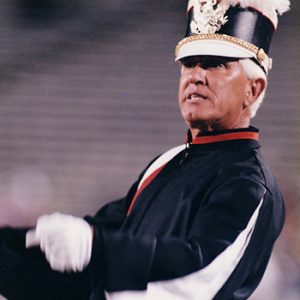 St. Andrew’s of Baltimore was the initial stop for Mr. Gentile on a drum corps life which would span 6 decades. He began there as a soprano horn in 1949. He was also a soprano in St. James Cadets before joining the Dundalk Cadets as their Drum Major. As a senior he joined Archer Epler as their drum major in 1960. The Yankee Rebels was his next stop in 1962 and there he remains. He has served as a soprano horn, drill and horn instructor, Drum Major, Program Coordinator, Assistant Director, and Director.