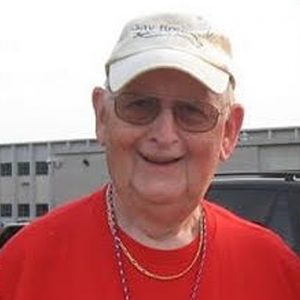 Bob Holton played soprano horn for the F. A. MacKenzie Post 165 drum and bugle corps and St. Vincent’s Cadets, of Bayonne, NJ. He then marched for more than 30 years in the color guard of New York Skyliners. He also functioned as Skyliners’ drill designer, marching instructor and show coordinator. He was also treasurer, assistant director and director of Skyliners. He was color guard coordinator and marching instructor for St. Andrew’s Bridgemen. He was also marching instructor for other corps, including New London Surfers, Cranford Patriots, New York Lancers and Wayne Monarchs. He was a judge in a number of organizations, including Eastern States, Cavalcade, All American and National judges associations. He was the first to use a live animal in a field show: when the Bridgemen played the William Tell Overture, popularly known as the theme from The Lone Ranger television show, a white horse and rider entered the field and galloped to the 50 yard line, where the horse rose on its hind legs to salute the crowd. He was also the first to depart from the use of conventional flags, when he designed a stylized black, red and white “S” flag used by Skyliners’ color guard.