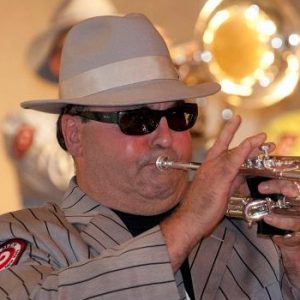 Mr. Martin began his career with SAL. He marched and was soprano soloist with the Dutchtown Lancers, Irondequoit Statesmen, & Emerald Statesmen. In 1965 he began his senior experience with the Rochester Crusaders. He was a charter member, Music Director & Arranger, and soprano soloist with Rochester Phoenix. He was soloist and Charter Member of the Empire Statesmen. He was also the Musical Director and arranger with the Empire Statesmen from 1983-87. He has also instructed the Blue Angels, Mighty Liberators, Greece Cadets, Owego Mello-Dears, Rochester Patriots, and Rochester Crusaders. Mr. Martin is currently an All-Music Judge for the New York Federation of Contest Judges. He also judges for DCE and DCA.