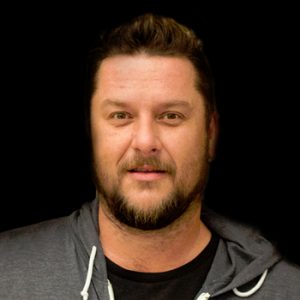 Joel Matuzak is already widely recognized for his contributions to drum corps activity in arranging, drill writing, serving as a clinician and adjudicating. He is a member of the Minnesota Brass Hall of Fame and the Minnesota Percussion Association Hall of Fame. He has taken part if every area of drum corps activity: marching, instructing, managing, judging and serving as coordinator. He has helped expand exposure of drum and bugle corps activity through his efforts as creative director of the Minnesota Brass indoor drum line and the Minnesota Vikings Skol Line, which provides game-day entertainment for the National Football League team. (Skol, Vikings is the title of the team’s fight song.) He has been program coordinator of Minnesota Brass since 2002. He has been percussion caption head since 1997 and percussion and music arranger since 1998. The corps won the Drum Corps Associates (DCA) title in 2011 and finished second in 2008, 2009 and 2010. While he has been percussion caption head, the corps has taken top scores at the DCA championships in 2003, 2004 and 2010. He has served on many DCA judging committees and task forces. He has judged percussion, music and visual captions for several regional judging associations. He first became involved with Minnesota Brass in 1986, playing snare drum.