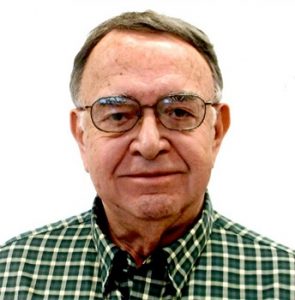 Dave Richards was a baritone bugler with the Militaires of Milwaukee, Wisconsin and a playing member, instructor and arranger for the Boys of ‘76 drum and bugle corps in Racine, Wisconsin from 1956 to 1970. He also served as instructor and arranger for the Yankee Rebels of Baltimore and Harvey Seeds drum and bugle corps of Miami Florida. He was corps director and show coordinator with the Capitolaires all-girls corps of Madison, Wisconsin in 1976. He has been a music arranger, instructor, consultant and guest instructor for junior corps on both sides of the U.S./Canada border, including St. John’s Girls of Brantford, Ontario, the Troopers of Casper, Wyoming, Our Lady of Mercy Girls, Starlites and St. Mathias Cadets all of Milwaukee, Des Plaines Vanguard. He was an adjudicator for 25 years with the All American, Central States, Wisconsin Federation of Judges and Drum Corps International (DCI) and Drum Corps Midwest (DCM). He has also served in several other positions with DCI, including administrator of the annual solo and ensemble contests.